Here is our illustration of this awesome TED Talk!

TED Talk | The refugee crisis is a test of our character

Sixty-five million people were displaced from their homes by conflict and disaster in 2016. It's not just a crisis; it's a test of who we are and what we stand for, says David Miliband.

This video was created from a TED talk which holds the copyrights of the audio content of this video.

Love this video illustration? Head to our main page and get your own illustration or explainer video in only a week! 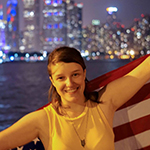